We support Arabic Christians in the Netherlands. We help these people and other Arab speaking people by practical help.

Arabic Christians in the Netherlands are an unknown group of people trying to find its way into our society. A group of which most have been brought up with the Christian faith. Salam4u wants to help them to integrate by individual help, supporting Arabic churches and assisting in joining Dutch churches. 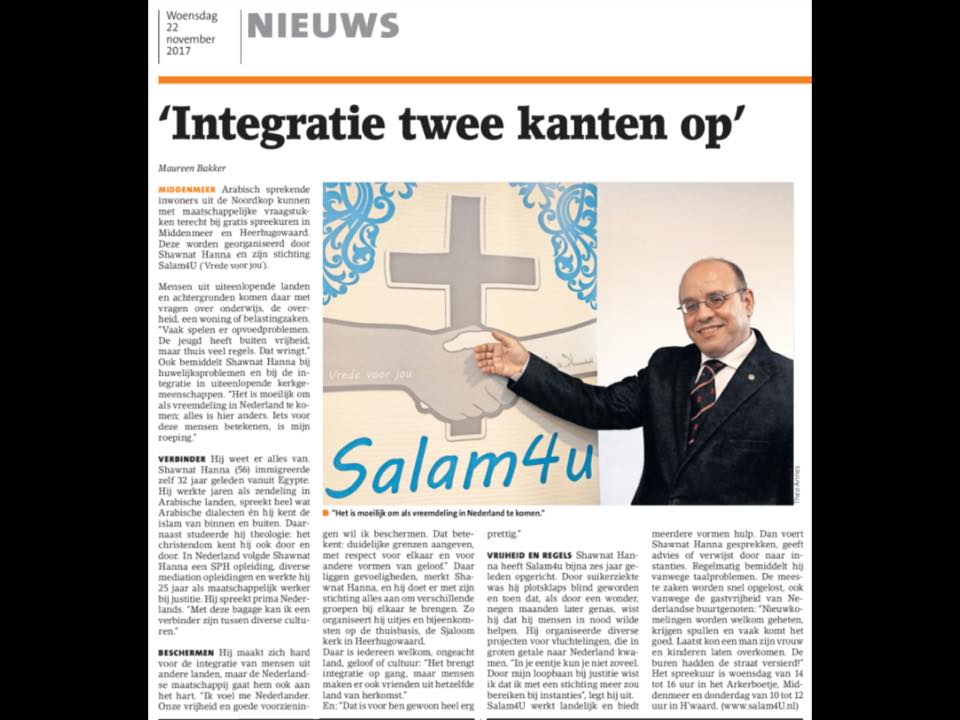 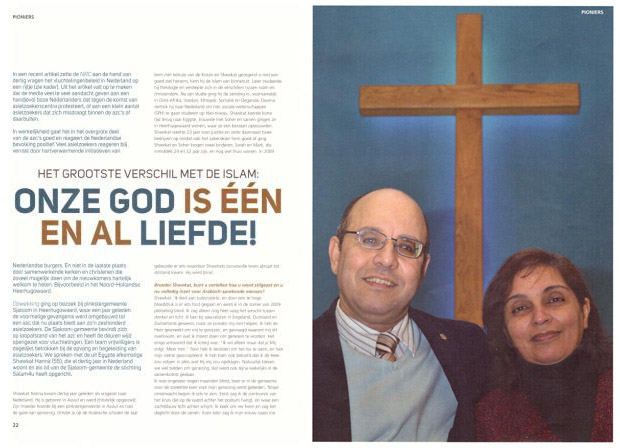 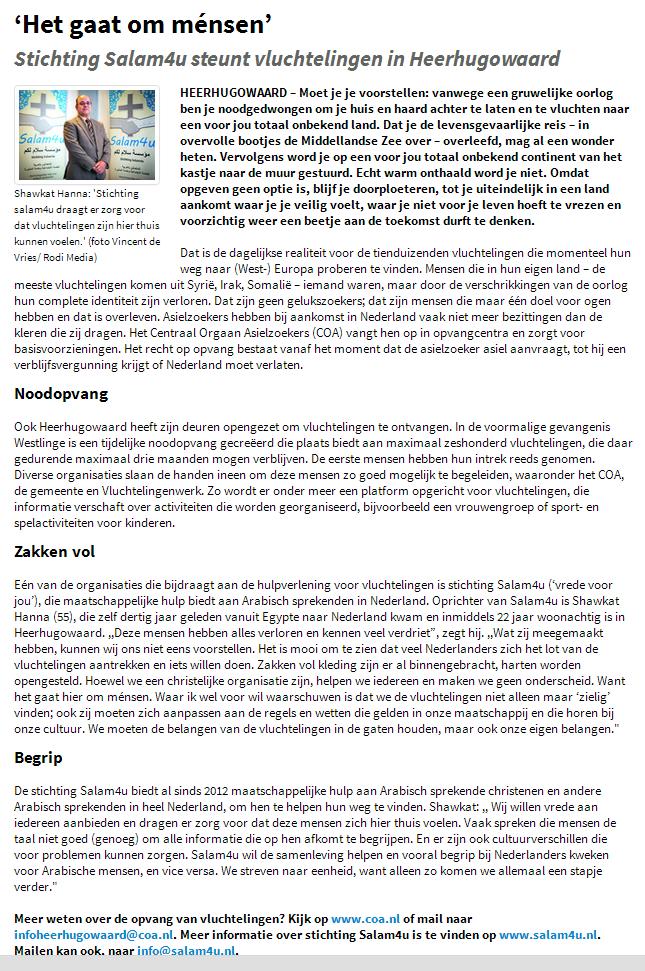 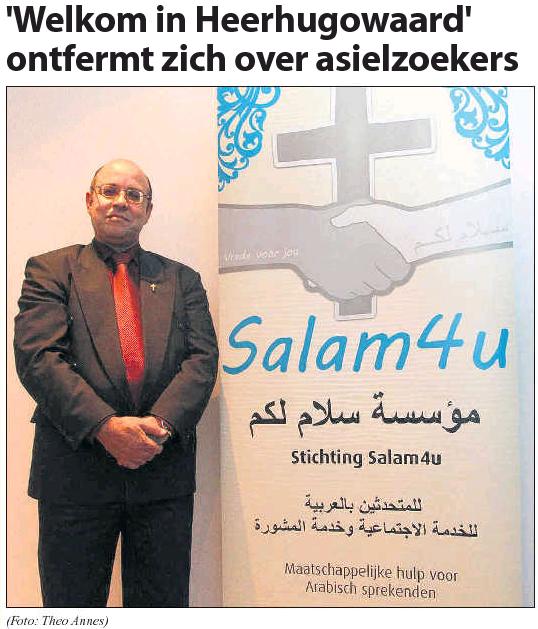 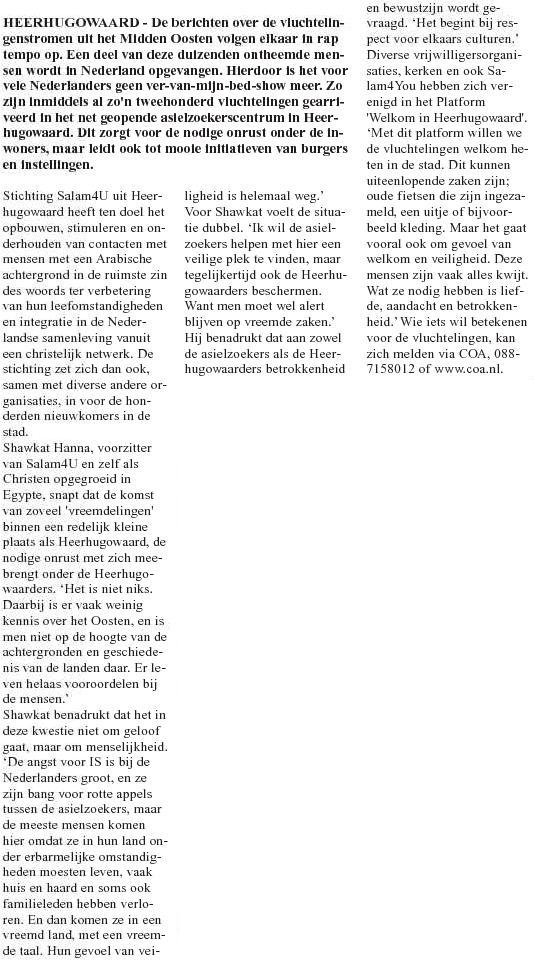 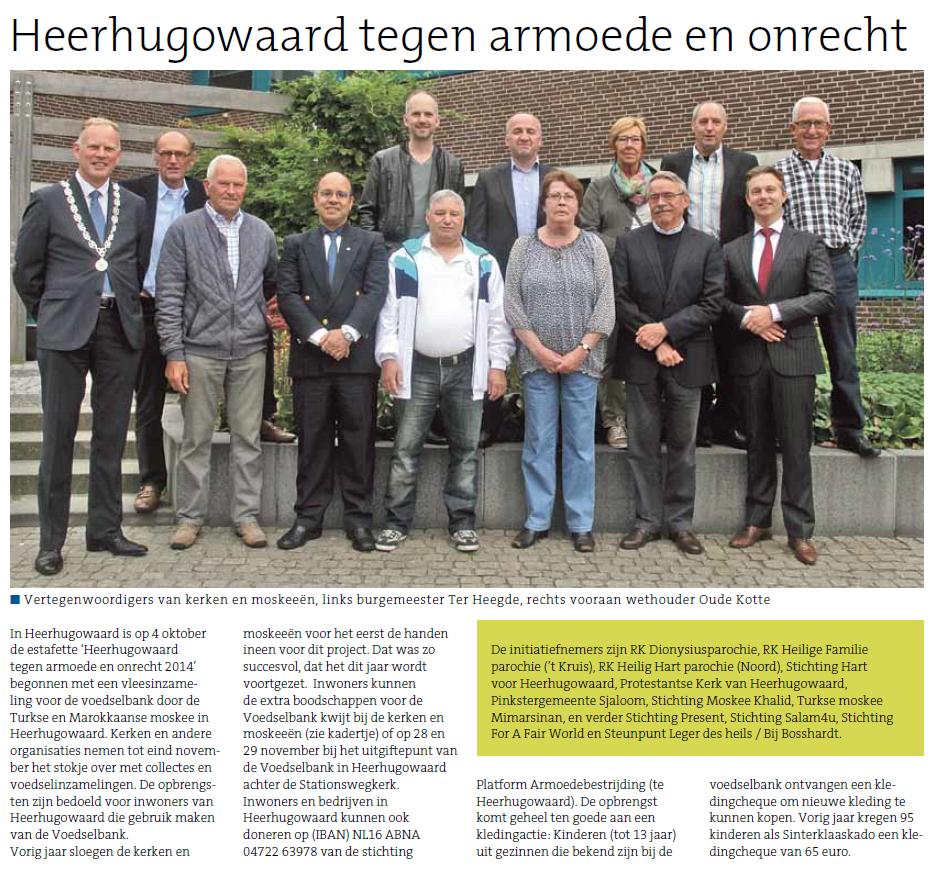 From hell to a strange country

Shawkat Hanna is chairman from the Salam4u-foundation. He is also the one who provides the relief work that is being offered by the foundation. December last year he was interviewed bij a local, daily newspaper.

In the interview he starts to speak about the cruel tragedy that is going in Syria nowadays. A lot of Christians are killed or have to fled to other countries. Also in Egypt Christians are in a bad situation and have to flee out of the country.

This is the reason a lot of Arab Christians enter our country as a refugee. Coming from hell they have to survive in a strange country. Shawkat is helping them to survive with all those complicated laws. Beside of that he helps them to handle complicated situations caused by struggled because of the western culture which is really different from the Arab culture.

To enable this work Salam4u has been founded in 2011. Shawkat is now helped by the board members. Last year his help was needed for a 800 times. He negotiates with municipality and tax and helps to fill in forms or even to find a good lawyer. 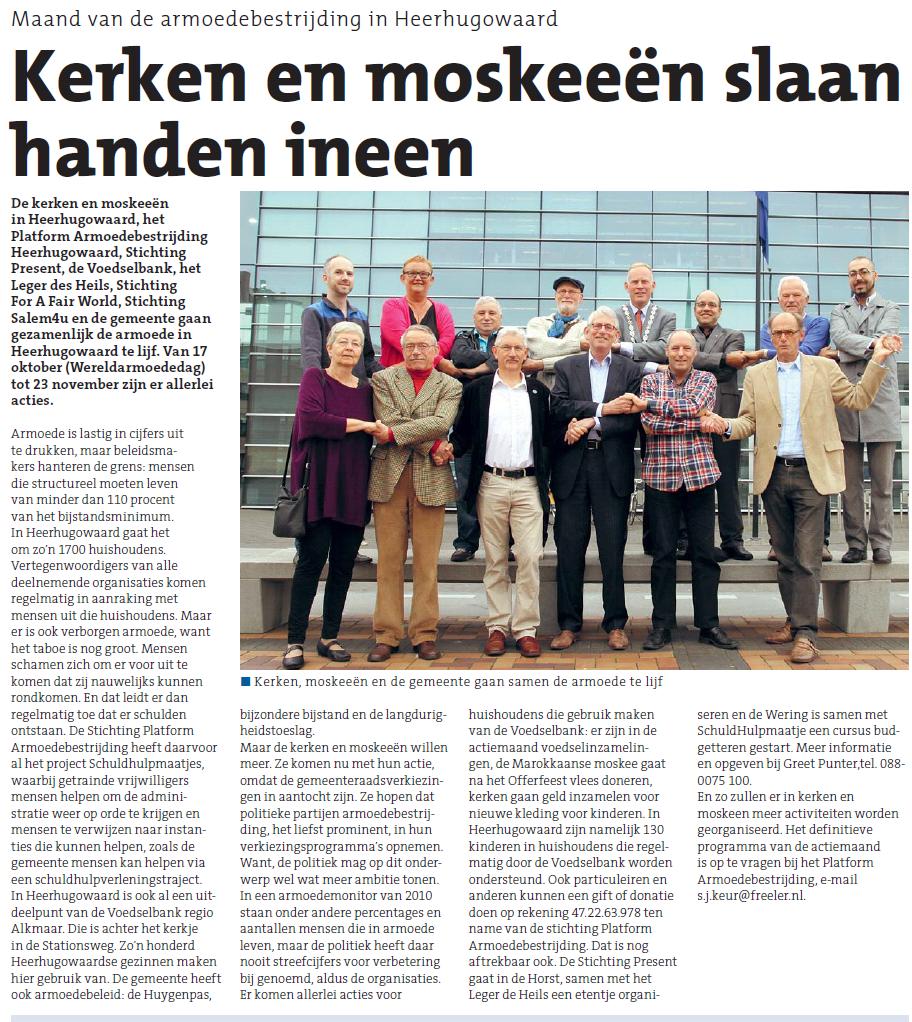 Salam4u is founded two years ago and has been able to help a lot of arab-speaking people already. In 2013 850 people could have been helped and this year already has 500 people were helped.

To enable helping people living further away several contactpersons are helping. They live in the Randstad (among others: Amsterdam, Rotterdam, Den Haag) and in the provinces that are really more further away (Zeeland, Groningen and Limburg).

The contactpersons can be quick on the place where help is required for translation or contact with an authority. In case of family problems a specialist will be send.